DGH technology is a name that has steadily grown in the market as one of the leading manufacturers in medical technology. The brand is mainly seen as a jack of all trades due to its many essential innovations in multiple fields.  It has various diverse undertakings in the medical and surgical market and has shown significant progress in all aspects.

The company started with the objective of developing high quality and essential equipment in ultrasound diagnostics. In 1982, DGH took on the mission of bringing its brand of innovation to the field of eye care. This gave birth to one of the most significant lines of eye care equipment. Today, the KOI division is well known for its incredible work and multiple innovations in surgical and clinical ophthalmology.

Many would believe that companies that take on so many markets often eventually crumble under their own weight. However, DGH technology has proven everyone wrong in this regard, time and time again. They have achieved this by maintaining a standard of consistent hard work and dedication over a span of decades. Now, they are a globally recognised name in over four continents, a feat which DGH is quite proud of.

Their distribution chain has travelled all around the world and continues to do so even today. DGH has a presence in most of the European commercial hubs such as the United Kingdom, Italy, Germany, Netherlands, Czech Republic etc.  The company has made a name for itself in 20 of Europe’s most prominent nations, with more countries being added every year.

DGH has had their hands full in the Asia Pacific and middle east regions as well. In fact, these are the regions where the brand is most prominent.

Commercial giants in Asia, such as Hong Kong, India, Singapore, Taiwan, and Indonesia, all recognise the DGH brand. Moving over to the middle east, DGH has satisfied customers in Israel, Saudi Arabia, Lebanon, Iraq and the United Arab Emirates, among others. It has also reached out to the far ends of the globe and made an effort to provide high-quality medical innovations to New Zealand and Australia.

Coming to the Americas; the DGH brand stands strong amongst doctors in Brazil, Argentina, Ecuador, Mexico, Peru and Venezuela. Finally, the company has also made relationships in the medical communities of South Africa and Egypt.

With so many regions, countries and continents under their belt, we can truly look at  DGH as a global powerhouse. The company has shipped more than 40,000 ultrasound equipment and devices across several borders. That proves the level of commitment the company has to delivering world-class medical technology to doctors on a global scale.

DGH laid the frameworks for the designing and manufacture of high quality and reliable surgical diamond knives back in 1980. After two years of rigorous work, the brand finally perfected its own style of innovation regarding surgical tools. 1982 marked the year of its first delivery for diamond knives; needless to say; it was an instant success. Since then, the company has manufactured, delivered and repaired more than 100,000 diamond knives.

Most of its success can be credited to the company’s in-built policy. DGH only manufactures their products using its in-house facilities, implementing its own techniques. What’s more, each of their engineers is highly skilled and has a lot to contribute to medical innovation. The company has a 28 step quality check policy which guarantees the production of only the finest and most reliable KOI diamond knives.

The excellent standard of quality produced by DGH does not come at a high price for its customers. Despite employing the greatest minds and using the best of modern technology, DGH can still produce affordable but high-quality surgical instruments. This makes it possible for many developing nations to acquire their tools and equipment.

The company has contributed vigorously to the progress of medical technology through its many creations. One such example of DGH excellence is the Excel series, a range of reliable and precise surgical tools for ophthalmology. Doctors and medical practitioners across the globe have hailed the superior quality of the Excel series. Whether it’s cataract surgery or any other ophthalmic procedure, the Excel series has been regarded as the perfect choice by doctors.

The future of DGH

DGH has a bright and limitless future ahead and will continue to be a support system for doctors and medical professionals worldwide. Their range of products continues to populate grand hospitals and respectable clinics in a multitude of countries.

In fact, DGH is responsible for some of the greatest surgical instruments, such as the RK/AK knife, which was created after several innovative alterations. The company has put a lot of effort into their reputation, and we have to say that it was worth it. Their standard of quality is pristine, and the brand itself has seeped into the hearts and minds of countless medical communities.

DGH does not fall behind when it comes to service but instead leads the way in its standard. The friendly and professional customer service staff is more than capable of helping clients with their needs. DGH staff is always available to answer any queries in the blink of an eye. Customers worldwide have mentioned their display of professionalism and skill, a commendable feat by any standard.

There is no doubt in our minds that the company will continue its upward stream in the world medical market. They have already made a name for themselves and are doing a great job maintaining their reputation. This can be observed in their years and years of consistent and dedicated service to the medical community. What’s more, their knack for innovation in surgical technology is a unique characteristic which is incomparable in nature.

Considering all of the above, we foresee massive growth in the DGH family. The fact that they have dominated the market for so long makes them an incredible multigenerational company. They have a commitment to improving the quality of healthcare and have dedicated themselves to achieving it. 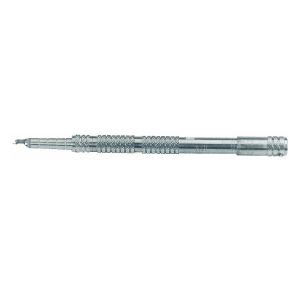 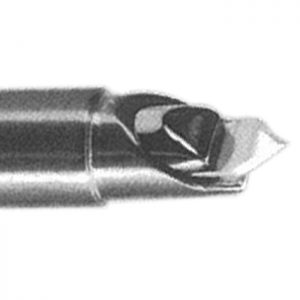 The advancement in technology has led to various improvements in our everyday casual lives, especially in the medical field. Most companies and businesses strive to achieve every day by giving the medical department an excellent way to perform all their procedures and surgeries with advanced medical pieces of equipment. DGH-KOI is one of the leading companies globally that manufactures the best-in-class medical equipment and diamond knives. Standing and serving the medical departments since 1982, it is safe to say that the company is driven with the utmost professionalism when serving ophthalmologists and any eye care professionals around the globe. The DGH-KOI diamond knives take incisions with precisions to the max level. Each diamond knife cuts efficiently since the quality is monitored by strict manufacturing laws created within the company and is mounted on handles with features like the micrometer handle.
Quick view

With the advancement of technology, there have been immense innovations in many fields, especially the medical field. The medical equipment and instruments are the living proof of this innovation. One of the leading companies manufacturing quality and excellent medical instruments is the DGH-KOI. It has been manufacturing ophthalmic diamond knives as well as repairing them since the 1980s. And guess what? They have been manufacturing and improving over 100,000 knives! Medical doctors opt for knives that make every incision and surgery precise and smooth. And the DGH-KOI diamond knife, without a doubt, stands on the top of the list. Why so much hype for this knife? Each and every diamond knife goes through 28 steps of quality assurance check, which seals and guarantees its excellence.
Quick view 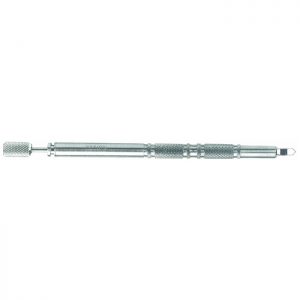 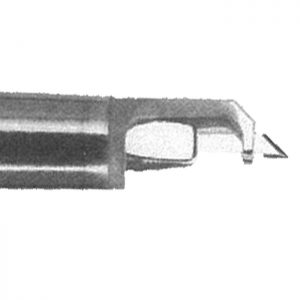 In today's world, technology and various medical types of equipment have come a long way in improving our everyday casual lives, especially in the medical field. One such invention is the Diamond knife. Diamond knives are a pure advancement compared to disposable knives since they are reusable and offer precision in every smooth cut. Companies and industries are battling to manufacture the best diamond knives and technologies to aid medical institutions in advancing various surgical procedures and assisting ophthalmologists and different types of surgeons by making it easier for them to perform multiple surgeries. DGH-KOI is one of the top leading companies globally that manufactures the best-in-class standard diamond knives and medical equipment. Their service to the medical departments dates back to 1982 till date. With its professionalism and quality products, DGH-KOI is globally recognized by Ophthalmologists and any professionals that deal with eye care. The standard DGH-KOI diamond knives can make incisions to the next level with better accuracy and comfort. KOI’s standards are on another level and as such, the diamond knives they manufacture are inspected over 100x to give you only the best in class. All the diamond knives cut smoothly since the quality of the diamond knives is tracked by the company's strict manufacturing laws. The handles of the diamond knives come with features like the pressure mechanism and j-slot.
Quick view
We use cookies on our website to give you the most relevant experience by remembering your preferences and repeat visits. By clicking “Accept”, you consent to the use of ALL the cookies.
Cookie settingsACCEPT
Privacy & Cookies Policy

Any cookies that may not be particularly necessary for the website to function and is used specifically to collect user personal data via analytics, ads, other embedded contents are termed as non-necessary cookies. It is mandatory to procure user consent prior to running these cookies on your website.